URBAN SPACE AS AN ARTWORK 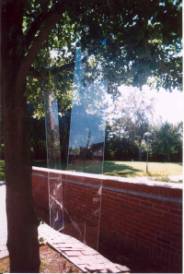 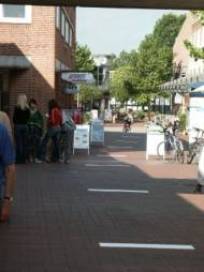 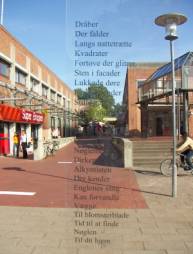 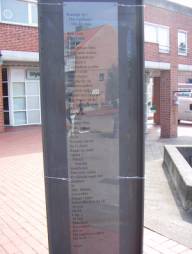 Urban Space as an Artwork

The concept of art.

The concept of art is an art, which is not something there purely intervene or is installed or exhibited in the urban space, but an art which give the whole urban space an extra dimension. Everything and everybody in urban space will become art and artist. The role of the professional architect, urban planner and artist is to make and organize catalysts for this process to take place.

The workshop is from July 31 to August 5.

Presentation of participants their earlier works and there concept of art, urban space and art in urban space.

The participants will work with urban places they have selected.

They can work in groups or by themselves. The work can be theoretical and or the making of installations/interventions in urban space by different means.

The participants will work with urban places they have selected.

They can work in groups or by themselves. The work can be theoretical and or the making of installations/interventions in urban space by different means.

During the workshop there will be presented some tools and examples related to art in urban space and urban space as an artwork.

The tools are perspectives, optics and mapping there can be used in the process of transforming an urban space as a whole into an artwork,

●    An expanded concept of the work of art.

Hierotopy a new research field where associated professor in art history at the is one of the international experts. Associated adjunct professor in modern Culture s concept of the work of art from his ’Objektiv sensibilitet’ and s ideas as he has worked with them in different artworks since 1998 and Àsta Olga Magnúsdóttir’s concepts of art as she has worked with them in Urban Texting and Urbanistan.

The idea is that everybody and everything has meaning and can be written as a text. The theories of Roland Barthes can be emphasized here, but there are an exiting development in new anthropology and new cultural history, there a likewise ideas about meaning, where music, poetry and dance are fundamental

The City can be perceived as a theater. A way of perceiving the City, which have some parallels with the Teathrum Mundi form the Barock.

The City can be perceived as a film which is not playing on the silver screen or in liquid crystals in a LCD screen, but in an augmented reality in urban space.

Chôra is the space in-between. In Plato’s philosophy it is the space between the physical world, the world of senses and the world of the ideas. Chôra is a space in flux, where everything is in the process of creation. The art historian Nicoletta Isar, who is researching in chôra has written an article about Værløse Bymidte as a Collection of Poetry, where the chôra perspective is central.

It’s still a radical idea the English poet and artist put forward in his art. The world is a world of imaginations, if you perceive it as it really is, where everything is art and everybody is an artist (is they se the world as it is) and even smallest scratch in a red brick wall is the gateway to a new living world of art. will talk about this perspective on basis of his master thesis in William Blake’s Cosmos. A contemporary artist who uses Blake’s Cosmos but in video art (not in urban space and street art) is Bill Viola. His works of art will also so be one of the topics, because they are relevant to the concept of Urban Space as an artwork.

has written about it in connection with the exhibition of ’The City as a Collection of Poetry’ in the Street Creativity Exhibition’ One of the exhibitions in City Living – Living City | the 6’th European Biennial of Towns and Town Planners.

In October there will be published a paper by in Western Humanities Review’s issue ’What is a City?’, where he will go into it in more detail.

●    Municipalities as a work of art.

, has during his job as an artistic planning consultant in developed this concept, he talked about it in the opening seminar of Metropolis ’The City as Stage and the Stage as City’

To be a flaneur in the city collecting thoughts, emotions, impressions and expressions or to engage actively in using the others as informants of urban space is valuable for understanding and connecting to urban cultures and values,

●    From Urban Spaces to Urban Places

Some urban spaces are only a space somewhere in an urban environment, but others are places. Places you relate to and talk about. What is making a space to a place. Cynthia M. Grund Associated Professor at the of and , Professor at the is researching in that topic.

Simultaneously with the workshop during the day, the art group Urban Artscape (, Copenhagen, Magnúsdóttir, Cape Town) will during the night make an installation/intervention ’urban alchemist in the night’ where they re-enchant urban spaces with laptop, video projector, video camera, microphone, loudspeakers and two bikes one with a trailer.

The installation/intervention is from 22-01 each night (when it’s not raining) if some of the workshop participants want to join they are welcome. 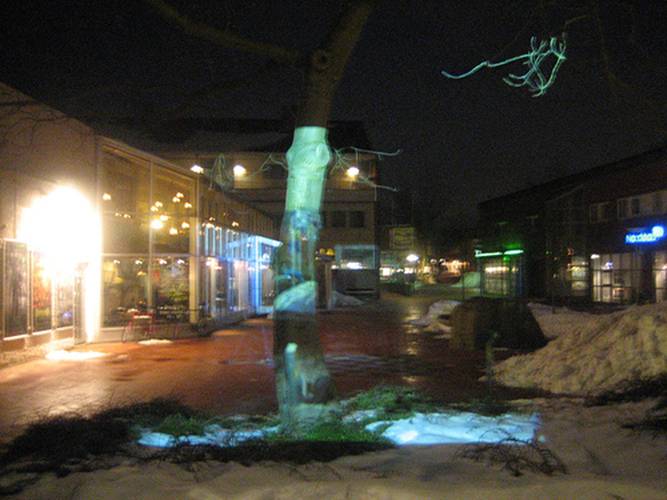