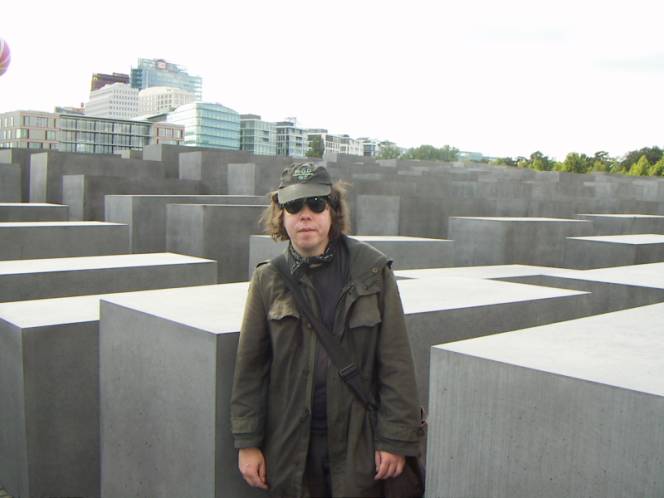 Cand.mag in History and Philosophy, University of Copenhagen 2003.

Member of The Poetry Group in The Danish Writer’s Union 1999 . www.danskforfatterforening.dk

Member of Koda (organization for composers and writers of lyrics to music), 2003 www.koda.dk

2014. Artist talk about William Blakes Cosmos and art of Jan Hatt-Olsen at the William Blake arrangement at Literaturhaus, Copenhagen.

2014. Artist talk about William Blake’s Cosmos at Poesi i Staden (Poetry in the City) - the artist collective BobWhat -

In the web magazine connected to the Danish Cultural Institute  Indian and Danes Co Create Now is there an interesting article by Mik Aidt about the urban wiki which  took place in Chandigarh and Copenhagen, photos by cross media poet – artist Jan Hatt-Olsen

Poem ‘The New Cool’ translated into German and Russian and with photo of the installation - from ‘The Exhibition as a Collection of Poetry’ at Dada Post, Berlin 2011

2012, Presenting a paper at ‘World Wide (Urban) Wiki | Bookscapes in Metapolis’ at the conference ‘The Media of the Metapolis’ at Bauhaus

( til brug i undervisningen i dansk litteratur i gymnasiet og folkeskolens overbygning / to be used in education in Danish literature, high school level) forthcoming.

2011. The Exhibition as a Collection of Poetry (the literature part of the Optipism Exhibition)

(A collaboration between LiteraturHaus www.literaturhaus.dk  in Copenhagen and the gallery Dada Post www.dadapost.com  in Berlin.)

LiteraturHaus, Copenhagen and Dada Post, Berlin invited poet/artist Jan Hatt-Olsen, known for his work with augmented poetry, a poetized world, where all are poets and poems and where works of poetry both augment and explore the world. Several of his works has been published both nationally and internationally as research through art and artistic practices.

In Dada Post he was artist in residence form August 1 – September 10.  Based on his meeting with the white cube and the City of Berlin he explored the gallery exhibition as a bookscape - a Poetry Book - expressing Jan Hatt-Olsen’s meeting with Berlin its life, its vibe and its neighborhoods

In the spirit of the Optipism Exhibtion as a whole, everything has a double side, fragmented, coherent, reflecting, something you can pass through. But it’s not perception and reality falling apart or being in an eternal confrontation. It’s Perception and reality always in the making in flux. Always in the process of being written and read, being a collection of poetry

(Poet Jan Hatt-Olsen is guest in LiteraturCaféen 10/2. Jan is working with the international project Urban ArtScape and has earlier installed his poem in in the urban landscape, an example is with Plexiglas plates in Downtown Værløse. Jan will read own poems and talk about a coming literature exhibition projects in the beginning of September in the gallery Dada Post in Berlin).

I’m giving a paper Urban Space as a Collection of Poetry at Writing Urban Space (Creative Writing Conference at University of Surrey in Guilford on 23 April 2010).  --- I couldn’t get to London and Guilford because of the volcanic ash cloud covering Europe ---

Urban Space as a Work of Art | Imaginary Realism.

(The book is part of a larger action research project that connects urban development with architectural quality, performative urban spaces and art  The article ‘Urban Space as a Work of Art | Imaginary Realism’ is about Jan Hatt-Olsen’s research of urban space through his art and artistic practices)

Draft version of the chapter Urban Artscape – Furesø, the final version shall be acquired from the book.

(2008. Workshops at Metropolis Laboratory and Sound and Light seminar www.cph-metropolis.dk)

(2008. Paper presentation at the Mediacity conference in the Bauhaus-University in Weimar www.mediacityproject.com )

(November 2007, December 2007, January 2008. A large new media art, public art project based upon ‘The Cinescape Street Creativity Charter’ I made and presented together with a group of young architects and urban planners at City Living – Living City | the 6’th Biennial of Towns and Town Planners.  Urban Artscape – Furesø connected squares in two towns, private and public space, virtual and outer reality http://www.urbanartscape.org/projekter/furesoeenglish.htm)

(2007. Conference at the University of Southern Denmark, I was head of the program committee)

The City as a Collection of Poetry

(2007. The version of this article, which is published in Western Humanities Review has the title ‘The City as an Expression of Poetry’ and can only be acquired through the volume of WHR or in a scanned version online through Encyclopædia Britannica www.britannica.com )

The City as an Expression of Poetry.

Urban Artscape (Jan Hatt-Olsen, Ásta Olga Magnúsdóttir) participates in Metropolis Laboratory by making the workshop ’Urban Space as an Artwork’ and the installation/intervention ´Urban Alchemist in the Night’

(2007. Metropolis Laboratory is supported by the Danish Art Council and Realdania and is connected to the Metropolis Biennial)

The Municipality as a Work of Art | Urban Artscape – Furesø.

(2007. Presentation at the international Metropolis Seminar – Biennale 2007, ‘The City as a Stage and the Stage as a City’.)

The presentation can be downloaded her. www.urbanartscape.org/municipalityart.ppt

( 2007. An experimental position with the aim of creating an cross-over between art and urban planning with the two as equal partners. The description of the concept and praxis as an artistic planning consultant is a part of the presentation ‘The Municiplaity as a Work of Art | Urban Artscape – Furesø’ at the opening seminar ‘The City as Stage and the Stage as City’ in the Metropolis project www.cph-metroplis.dk

(2007.  MultimediePoesi DVD a montage made by Patricia Davelouis and Ada Ortega Camara with 14 selected Danish poets, 14 Nordic video artist music by Sugarbeat and reading of the poems by the actors Sarah Boberg  and Ken Vedsegaard, www.filmplatform.dk/mpoesiDK.html )

The Danish Research Day. Hvordan bruger vi vores byrum, How can we use our Urban Spaces

(2006, speech at the conference music and sound in public space at the University of Southern Denmark)

Music and Sound in Public Space.

(2006, conference at the University of Southern Denmark, I was head of the program committee)

The City as a Collection of Poetry.

(2006. Paper presentation at Western Humanities Alliance  25’Th annual conference ‘What is a City?’ the 2006 conference was hosted by University of Calgary. My speech has been made into a completed paper and been selected for publication in Western Humanities Review in the fall 2007. My speech and my paper is a presentation of the work of art ’Værløse Bymidte d. 3. sept – 12 sept. 2004 | Lyrik-installation / Bog / Digtsamling’ I made in 2004 and the thoughts about the city as a poetical expression, with its consequences for the city and poetry as concept and reality.)

(2006, installation of poetry printed on plexiglass in a large industrial building Thrige Hal 7, as a part of the InThrige art and dance festival, www.urbanartscape.org/poetryinthrige.htm )

(2006, a crossover project between art and urban planning made in Ny Herning Municipality as a part of Atlas | Kortlægning af Ny Herning Kommune, Atlas | mapping New Herning Municipality, there has been published a book about the project, a pdf version can be downloaded from www.nyp.dk click on Udgivelse: "Atlas - En kortlægning af ny Herning Kommune" The Book is in Danish but there are many pictures and illustrations, more pictures can be seen on www.urbanartscape.org/rhizome )

( 2005. City Art Performance. A collaboration between Jan Hatt-Olsen and the musician Kristian Bjerre Harting. Impromusic in dialog with improreading of poetry and projections on Toftegårds Plads of  poems from ’Værløse Bymidte den 3. sept. – 12 sept. 2004 | Lyrik-Installation / Bog / Digtsamling’.  The City Art Performance was a part of Kraftwerkets: Plads i din by - MakWerk )

(2005, a charter for street creativity in Europe presented at ’City Living – Living City | the 6’th European Biennial of Towns and Town Planners’ www.urbanartscape.org/streetcreativitycharter.htm)

The City as a Collection of Poetry

( 2005, ’Værløse Bymide den 3.sept.-12.sept. 2004 | Lyrik-installation / Bog / Digtsamling’ was one off the 30 examples of street creativity in Europe exhibited at ’City Living – Living City | the 6’th European Biennial of Towns and Town Planners’ in the biennials ’Street Creativity Exhibition’ www.urbanartscape.org/street_creativity_exhibition.htm

Tiara, forlaget (is this art !?) www.isthisart.dk